5 Exercises to Shoot a Basketball Farther 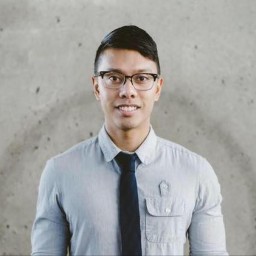 You don’t need to be a world record-holder to appreciate the benefits of getting a basketball in the net from far away. By increasing your basketball shooting distance, you:

But there’s one problem: The further you are from the net, the higher your odds of missing the hoop. This holds true even for elite NBA athletes.

According to statistical researchers at FiveThirtyEight, who analyzed the percentage of successful shots throughout five NBA seasons and an incredible 1+ million player attempts, the only time that NBA players managed to get more than 50 percent of their shots into the hoop was in the tiny swath of court right in front of the basket.

In fact, once players were more than six feet away from the hoop, their averages dropped as low as 35 percent.

How to Increase Your Basketball Shooting Range

There are a few factors that significantly influence your ability to get your basketball in the hoop from a longer distance:

The Biomechanics of Shooting a Basketball

In a study published in the Journal of Physical Education Recreation & Dance, researchers analyzed the specific biomechanics involved in shooting a basketball. Regardless of where you’re shooting from, all shots require six general stages of movement:

When it comes to increasing your shooting distance, the most important principle to remember is summation of force.

You cannot shoot the basketball without generating a large amount of kinetic force, and you cannot increase your shooting distance without increasing the amount of force behind your throw.

Contrary to what you might assume, the force you need doesn’t come from your arms and hands.

Within the context of basketball, generating the necessary force starts in your lower body as you bend your knees. This knee flexion and muscle contraction activate and recruit the fast-twitch, type II muscle fibers in your feet, legs and glutes.

When released, the kinetic energy travels rapidly up your body (known as the kinetic chain) and through your arms and hands, projecting the basketball with force.

The more muscles and body parts you involve in this process, the more force you can generate and the greater the distance you can throw the basketball. This is known as force summation, and it’s the key to effectively increasing your shooting distance while also minimizing fatigue and exhaustion that would otherwise compromise your shooting abilities later in the game.

With that understanding of force summation, you may choose to adjust some of your shooting techniques and strategies by:

And all of this necessitates recruiting the right muscle groups, and strengthening these muscle groups appropriately.

Jumping and shooting is basically a full-body movement, but there are a few specific muscle groups that are especially important:

Any traditional strength-training program can help build the flexibility and strength of these muscle groups. However, five specific exercises tie these muscle groups together in a way that trains for ballistic (i.e., explosive) movements, which is necessary for precise projection of the basketball.

There are a few technique adjustments that you can employ to increase your shooting range. For instance, try:

Beyond technique adjustments, the following exercises strengthen the specific muscle groups necessary for generating force and increasing your shooting range.

The goblet squat is a plyometric move that activates your fast-twitch muscle fibers, which helps generate high-velocity force in your lower body. It specifically strengthens your legs and glutes for optimal force summation and a strong shot.

The squatting motion also conditions the knees and hips, which are all fundamental for jump shots, as well as your core, back, shoulders and arms. Finally, the coordination necessary for this movement builds the neural networks you need for a proper kinetic chain.

You get what you train for. Since so much of your driving force when shooting a basketball comes from bending your knees, exercises that condition for this movement will help your body to better recruit and activate the important muscles involved.

In contrast to a traditional drop jump, a depth jump is characterized by maximal knee flexion and more ground contact time upon landing. This mimics the bending you need to do for lengthening your shooting range.

The glutes are the largest muscle group in your body, and the type II muscle fibers in your glutes are responsible for most of the power you need for explosive movements and high jumps.

You’ll feel the burn in your glutes when doing this exercise. It will also help with stabilizing and conditioning your core, protecting your kinetic chain’s efficiency when shooting.

Romanian deadlifts are one of the best movements to build strength in your posterior chain (the groups of muscles running from your lower back down to your feet), which is important for force summation and preventing fatigue while playing basketball.

Romanian deadlifts also increase your hips’ ability to hinge with explosive strength instead of over-relying on using your knees to jump and propel yourself forward when shooting.

Most of the above exercises recruit the larger muscle groups that your body recruits to generate force and power. But increasing your shooting range also requires shoulder stability, and full extension of your back and lats in the later stages of the throw.

The alternating dumbbell press focuses on your back and lats and mimics the movement you do when shooting. It also helps strengthen your arms and forearms for increased control and precision when playing basketball.

“There is a huge difference between being fit and being in basketball shape,” reports USA Basketball. “Basketball is a game of starting and stopping and jumping with varying bouts of very high-intensity activity. Your conditioning workouts should mimic this.”

Use the above exercises to build the strength and power of the muscles you need to shoot the basketball farther. Then, pair this conditioning program with a cardiovascular/aerobic training program that involves similarly explosive movements, including sprints, bounding, hops, and side-to-side drills.

Combined, you’ll build the nervous system synchronization, endurance and strength you need not only to increase shooting distance, but also boost your overarching basketball performance.